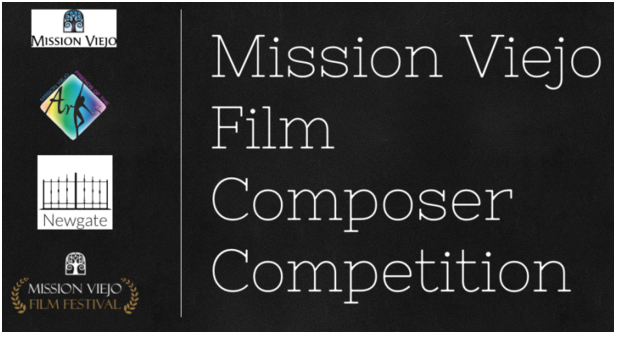 MVFCC is an opportunity for composers and videographers in and around the Southern Orange County area.

All submission have been reviewed and those passing the preliminary round have been moved on to the final public round taking place on April 29, 2017, at 7 pm as part of Mission Viejo's ArtsAlive. All music for the final rounds have been played live by the Newgate Orchestra and all finalists have been invited to this concert/film event.

Winner have been announced during the awards ceremony the day of the event.

about the  Newgate Chamber Orchestra

template joomla
Back to top